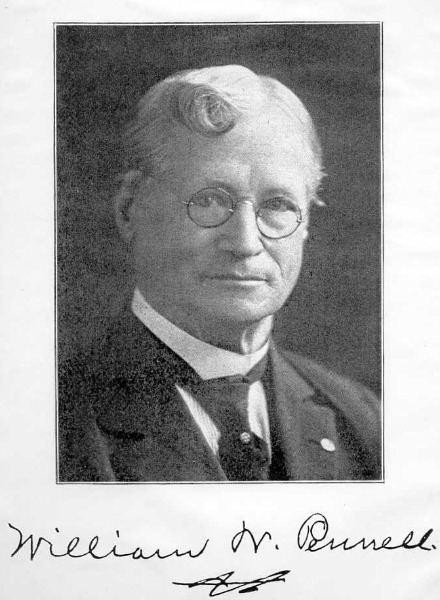 Much of Pennell's writing had to do with medical subjects, usually in papers presented at professional meetings. He also wrote poetry, short stories, and essays, and two popular novels. His poetry is interesting, though probably not noteworthy. He states in his preface to Poetical Compositions, "These pages are presented to you for reading, preservation or destruction as you desire."
The significance of his fiction lies in the treatment of historical situations and events as they apply to Ohio and Knox County settings. Pennell's first novel, Buckeye Doctor, described the trials and triumphs of a young doctor in the 1870's.
His second novel, Jonas Hawley, is of particular interest to Knox County because it is set in Mount Vernon ("Damascus") during the Civil War. It involves historical events that actually took place in Knox County, and it deals with the conflict that existed then between the abolitionists and the peace democrats, commonly known as "copperheads."
William Pennell died in 1930.