A. Banning Norton was a well-known 19th century lawyer, journalist, and historian in Knox County. He was born in Mount Vernon, Ohio, in 1821. He was the son of Daniel S. and Sarah (Banning) Norton. The parents had moved to Mount Vernon in 1817 from Louisiana, where they had been slave holding proprietors of extensive plantations. Banning graduated from Kenyon College in 1840. He studied law in Pennsylvania and returned to Knox County to practice.

Norton soon discovered that he was more interested in politics than in law. His political philosophy embraced the ideas of Henry Clay, accepting slavery, but strongly favoring the coherence of the Union. In 1844 Banning vowed not to shave or cut his hair until Clay became president of the United States. This, of course, never happened. Earnest J. Wesson, in his excellent reference work, Ohio Authors, says that this resolution "rendered him a unique and picturesque figure in his old age."

In 1848 Norton established and edited The True Whig and Chippewa War Club, a weekly newspaper in Mount Vernon. In 1853 the newspaper became Norton's Daily True Whig. Two years later, with decreasing local tolerance for his political ideas, Norton was quoted as saying, "Ohio is going to hell, and I am going to Texas." In Texas Norton served for two terms in the House of Representatives and also as Adjutant General to Governor Sam Houston. He was also involved in newspaper work there.

When Texas seceded from the Union in 1861, Norton returned to Knox County. His second wife had died, leaving two children, and Banning had just married for a third time. It is uncertain, but presumed, that his wife and children accompanied him to Mount Vernon. In 1862 Norton published his excellent and highly readable History of Knox County.

After the Civil War, Texas once more claimed his allegiance. He served as district judge and later became postmaster of Dallas, and in 1879 Norton was appointed U. S. Marshall for North Texas. Once more, however, he returned to Mount Vernon just long enough to write and publish his second book, The Great Revolution of 1840. Again he returned to Texas, where he died in 1893.

Much of Banning Norton's writing was related to his newspaper work. He actually published three books. A fourth book, a history of Kenyon College, Annals of Kenyon, was reportedly almost ready for publication at the time of his death. There are at least six other titles that are attributed to him that are not known to exist.

The three books published are these:

The Great Revolution of 1840, Reminiscences of the Log Cabin and Hard Cider Campaign. 1888 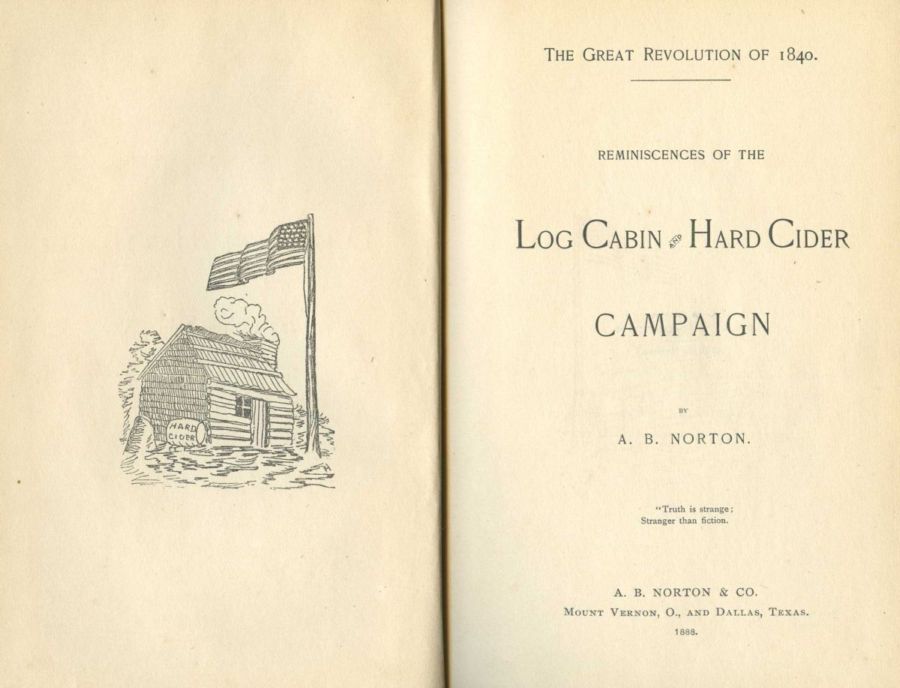