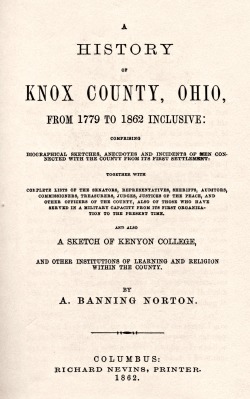 Amelia Bloomer was here for a year in 1854 as editor of the temperance and women's rights newspaper, The Lily. Throughout the county, both churches and political groups strongly argued their views on the slavery question and other issues leading up to the Civil War. As war approached, newspaperman and politician, A. Banning Norton, said, "Ohio is going to Hell, and I'm going to Texas," which he did. But because of his opposition to secession, he returned in 1861 to write the first history of Knox County, which he published in 1862.

The Woodward Opera House was built and opened in the early 1850's.  In Fredericktown, a foundry was begun in 1851 that would become well-known for its farm, school and church bells. 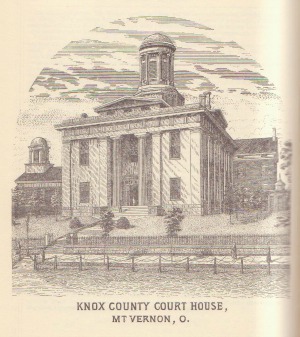 After standing for 25 years, our third courthouse was destroyed in a windstorm in 1854. The following year saw the completion of our present beautiful Greek Revival courthouse as its replacement. 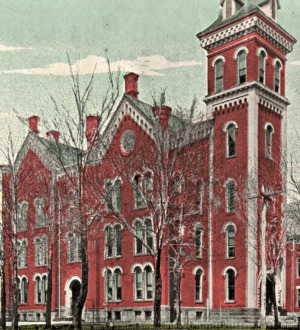 A city ordinance in 1856 provided for the first board of education in Mount Vernon, and by 1859, our elementary schools were graded and our first high school had been opened. That same year, the song, Dixie, was first performed as part of a New York minstrel show. 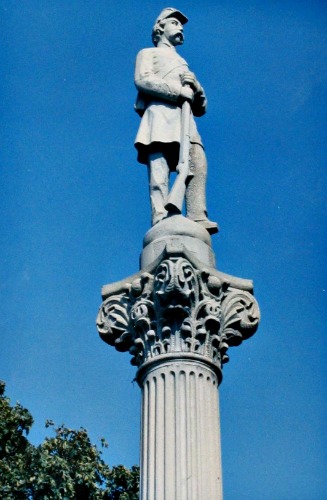 The 1860's brought the great Civil War, with more than 3000 Knox County men serving in twenty companies throughout its duration. Hundreds gave their lives and lie buried at Shiloh, Petersburg, Murfreesboro, and Gettysburg. Knox County's Mary Ann Ball  ("Mother" Bickerdyke) also served as a pioneer in the establishment of hospitals and improved health care for the wounded. Peace Democrat and "Copperhead" spokesman, Clement Vallandigham, gave his famous speech on Mount Vernon's public square just two months before Gettysburg, for which he was arrested and convicted of "treasonous speech."