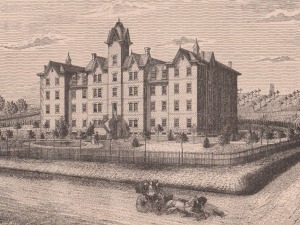 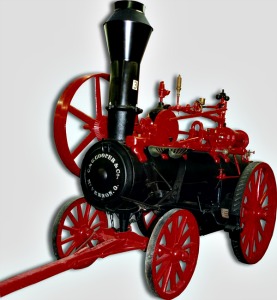 It was in 1875 that the C. & G. Cooper Co. developed and patented the innovative "traction gear" drive, making their steam-driven farm engines self-propelled.

A few years later they would be self-steered as well, eliminating the need for horses altogether.

The Mount Vernon Bridge Co. was begun in 1880, constructing many large and small bridges before it fell on hard times and closed during the economic downturn of the 1890's, only to be reborn under new management just few years later at the turn of the new century.

In 1875, Kenyon graduate and Gambier area Sunday School teacher, Rutherford B. Hayes, was narrowly elected and served as our 19th U.S. President from 1876-1880. 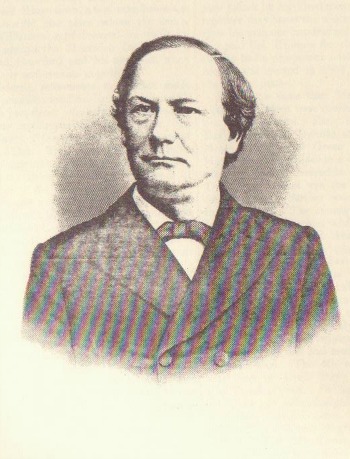 During the 1880's, Col. Cooper was elected to the U.S. House of Representatives where he was responsible for writing many of the revised federal election laws we operate under today. His legislation was liberally quoted more recently in arguments by both sides before the U. S. Supreme Court regarding the disputed presidential election results of the year, 2000.

In 1884 our fairgrounds moved from downtown to its present location on Wooster Road. But the organization soon encountered major financial difficulties, and a Utica bank foreclosed the property in 1894. It was sold to developer, Plimpton B. Chase, who established Hiawatha Park, a summer resort and entertainment center for the next 25 years.

Also in 1881, N. N. Hill published his massive History of Knox County, and soon after, the dawn of modern technology brought telephone and electric service to the Mount Vernon area.

As the nineteenth century came to a close, Mount Vernon's Company L saw action for eight months in Puerto Rico in 1898 during the Spanish-American War.