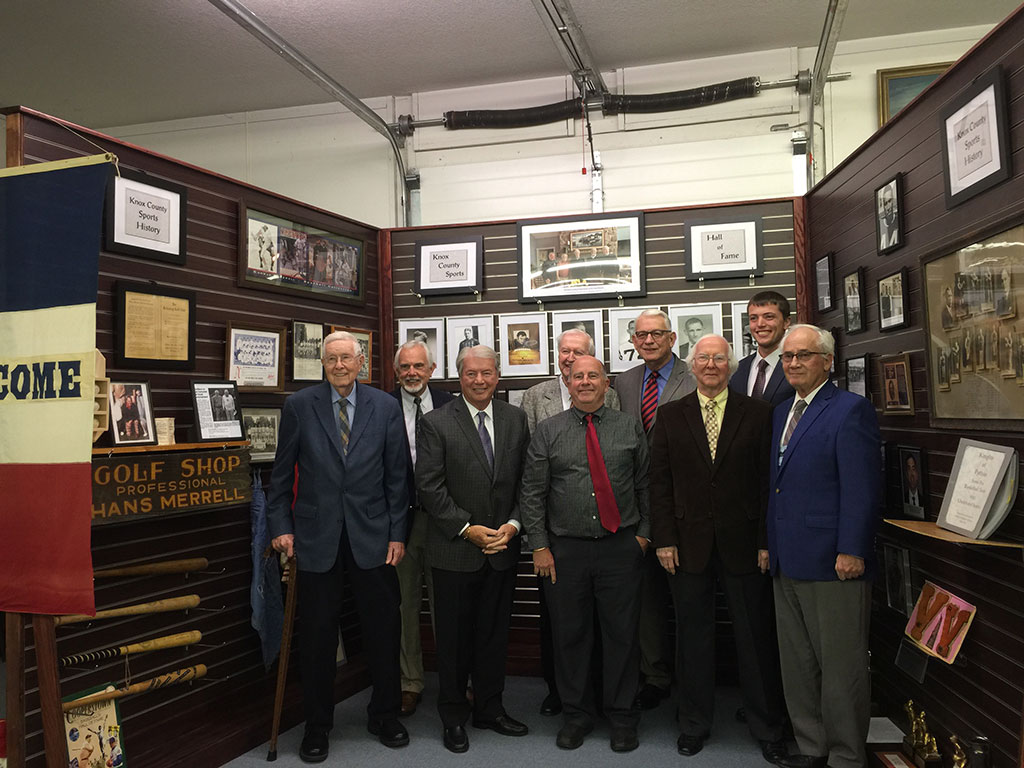 The Knox County Historical Society will be celebrating a major milestone over the next year or so as we mark our 75th year of "increasing, interpreting and preserving the history of Knox County."
It was on October 22, 1941, that a group of eight persons gathered at the home of
M. Curtis Kinney to discuss the possibility of forming an historical society for Knox County. Others present were Charles V. Critchfield, Mrs. S. R. Gottshall, Henry C. Devin, Mrs. Raul Cole, Frederick N. Lorey, Clinton N. Williams and Ralph Headington. During the evening it was decided to form such a society, and Mr. Critchfield was elected temporary chairman, with Mr. Headington as secretary.
Just six weeks later, on December 7, 1941, Pearl Harbor was attacked and World War II began, but nonetheless the group went on to hold a more official meeting on January 6, 1942, when Mr. Critchfield was elected President and Mr. Devin, vice president. Mrs. Charles White was elected but later declined serving as secretary-treasurer, and Mrs. Creed Joplin Lester was appointed to the position. A State of Ohio official charter was issued to The Knox County Historical Society on January 24, 1942. The first formal public open meeting of the Society was held on June 16, 1942, at the Memorial Building, with 47 members present.
Watch this space as we announce plans for our 75th anniversary celebrations and special programs to be held throughout 2017.

Several New Exhibits at the Museum

The winter months give us the opportunity to do some rearranging of displays and creation of new exhibits at the Museum. For some time, we have wanted to make it much easier to move our Paul Lynde 1964 Ford Thunderbird and other items in and out of the Museum, especially for use in parades, etc. To accomplish this it was necessary to relocate all or part of several other exhibits.

Even though we close the Museum for daily visits during December, January and February, we still have quite a few group tours as weather permits as well as special presentations outside the Museum during our winter break.
During January and February we have hosted a tour by the Disability Services Group, one of several area facilities that assist handicapped workers in Knox County. We also presented a slide program about early Knox County history for the folks at The Living Center in Mount Vernon, and we assisted with Virgil Shipley's slide program for the Kiwanis Club at the Alcove. A program on the Big Band Era, with Glenn Miller and Tommy Dorsey videos is also available for groups and fans of this great music, and we're working on a program called "Things We Used to Use But Don't Anymore." Give us a call at 740-393-5247 to schedule our shows.

The year 2016 marks the 100th anniversary of Knox County's Chamber of Commerce, and we've been providing quite a bit of help with the production of their centennial celebration video which highlights events and stories from the past 200 years here. Just after our December holiday get-together the Museum hosted 2 long days of in-depth video interviews by Matt Starr and his I-Conn Video Production staff.
Hour-long discussions were filmed with Gloria Parsisson and Jim Gibson from the KCHS, and Howard Sacks, Ric Sheffield, and Tom Stamp from Kenyon, Bill Bridges from MVNU, and Aubrey Brown, David Greer, Janet Wacker, and Lorle Porter.
The I-Conn crew came back to the Museum for a two additional days to take
dozens of still pictures of artifacts from our collection for use in the video. The Chamber Centennial officially began on February 18, 2016, and will be celebrated throughout the year. The video is expected to be completed by August, and we have scheduled it to be shown as part of our September 7 monthly meeting, recognizing the Chamber's excellent 100-year history.