Paying Tribute to Dan Emmett at 200

The folks at our Museum had been looking forward to October 29, 2015, for a long time. It's not just every day that any historical society has the opportunity to celebrate the 200th birthday anniversary of its best-known native citizen.
And even though we experienced a tragic fire and other distractions along the way, we had a wonderful celebration for Uncle Dan on a very windy afternoon, when our Historical Society members and friends were joined by Chamber of Commerce Ambassadors and Director, Carol Grubaugh, along with Mike Peetee and his singing group Elixir, and especially the more than 50 third graders from Dan Emmett School and their teachers, Janet Jones and Kyle Clinedinst, who added just the right touch to a remarkable 200th birthday celebration. 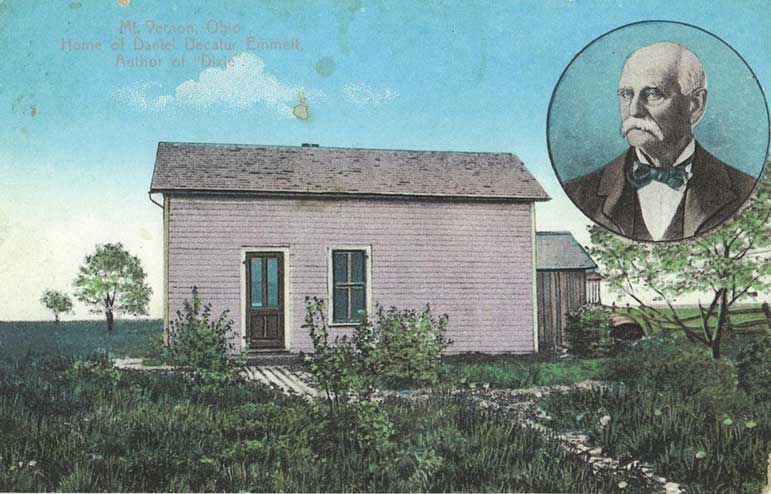 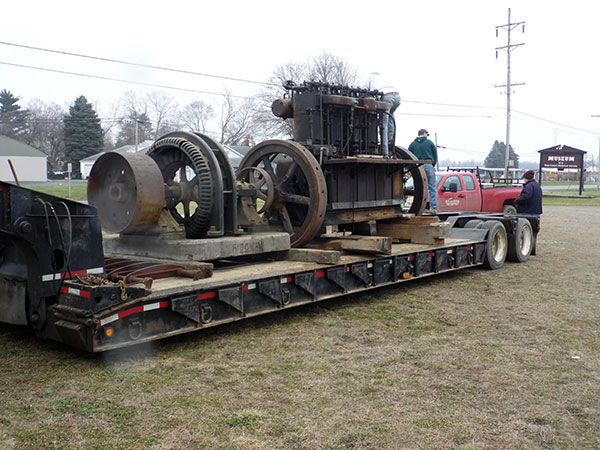 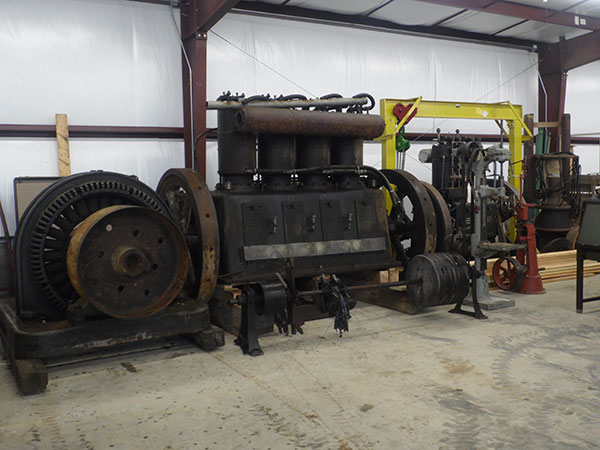 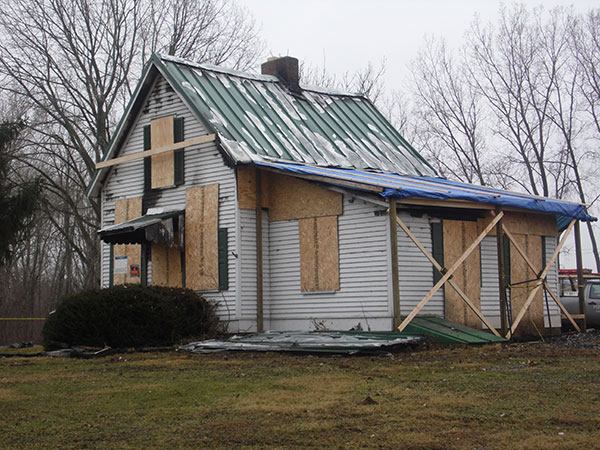 February 2, 2015 -  Planning continues for the rehabilitation of the Dan Emmett House, which was nearly destroyed by arson fire in June, 2014. Additional damage occurred in November when high winds peeled back the upper roof and completely removed the lower roof. Excellent repairs were completed quickly and on short notice by Modern Builders, completely enclosing the house to protect it from further damage and winter weather.
This year, 2015, marks the 200th anniversary of the birth of Dan Emmett. It is our sincere hope that the restoration of the house will be completed by August of this year. We as yet do not have a complete report from arson investigators and have only recently received the insurance settlement earlier this year. Nevertheless, we are in the process of obtaining bids from contractors for the restoration of the house.
We are grateful for the donations toward this project which have been received from several area groups and individuals. Those wishing to assist with donations may do so through the website of the Mount Vernon and Knox County Community Foundation, at mvkcfoundation.org. 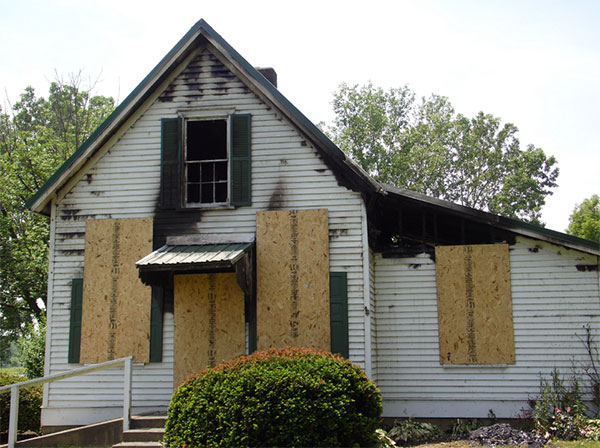 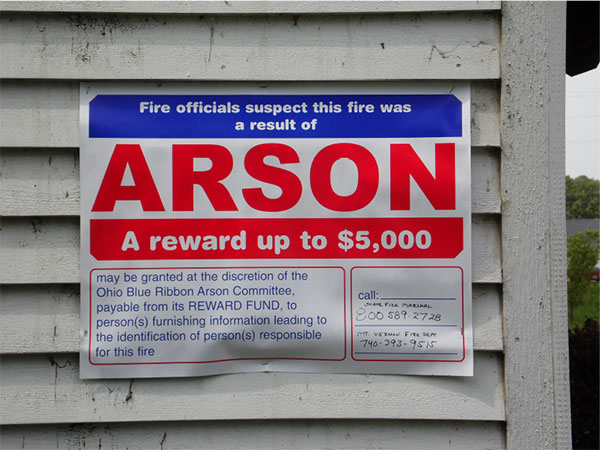